I have to start by saying – I like Dan Brown and I’m not afraid to say so. His books are not particularly literary, but then again I’ve been known to read about zombies , vampires and faeries so I can’t exactly claim to be a literary purest. The fact is, Dan Brown books are fun! They’re packed with action, they’re an easy read because the chapters are short and snappy, and the subject matter is interesting enough to keep my attention. Overall this combines into an addictive word cocktail, and I love me a cocktail 🙂
Digital Fortress revolves around two characters (besides the “villains”), Susan Fletcher, who is a cryptographer at NSA (National Security Agency) and her Fiance, David Becker, a professor and foreign language expert. The plot begins with David being called away to Spain on business just before the couple are due to head off on a romantic trip, and shortly after Susan is also called into work. Even though it’s a Saturday, Susan doesn’t find being called in to work unusual, as in her line of work weekends aren’t always work-free, but she is troubled by David’s sudden overseas trip, especially since he couldn’t tell him why he had to go. She soon finds out that the reason she has been called in is closely linked to David’s departure. The super-code-cracking computer that the Crypto department uses, TRANSLTR, has been working on breaking a code for 15 hours, an unthinkable time-lapse as it can crack even the most complicated encrypted files in a matter of minutes. She finds out from her Commander, Strathmore, that TRANSLTR is working on a file written by a former Crypto employee, code-writing genius Ensei Tankado, which he claims is unbreakable. The code is a disaster for Crypto and the NSA. Tankado is set to auction off the code’s algorithm to the highest bidder but has said that his secret partner will release the algorithim for free in the event of his death, which means that terrorists and other high-profile criminals will use it to encrypt their communications, and if TRANSLTR can’t decrypt them, then they’re pretty screwed.
Commander Strathmore knows that Tankado holds the pass-key to cracking the code as does his silent partner known only as NDAKOTA, and their only hope is to get their hands on both keys so that they don’t go public and Crypto can study the code. However, Tankado has died in Spain, from an apparent heart-attack and they have no idea who NDAKOTA is. Susan then finds out that it was Commander Strathmore that sent David to Spain; he wanted to utilise David’s skills in Spanish and his invisibility to retrieve the code from Tankado’s body. He also explains that he has called Susan in to discover the identity of NDAKOTA by tracing his annonymas email address.
It all seems so simple; David will recover the code, Susan will uncover NDAKOTA and get his code and NSA will make the whole mess go away. But of course it is not that simple. David soon discovers that the code is no longer with Tankado’s body which starts a wild goose chase around Spain to find an engraved ring when he doesn’t even know what it’s for. Susan also encounters some issues in tracing NDAKOTA, and then there’s the problem of keeping the code a secret from other staff of Crypto and the NSA.
Digital Fortress is a wild ride with countless twists and turns. At times it’s a little unbelievable, and as I’m not a programmer/hacker/code expert, I’m not sure if any of the terminology or science is correct, but really I couldn’t care less. It was an addictive read, and I liked it…. so there 😛
I give Digital Fortress By Dan Brown: 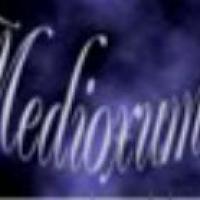